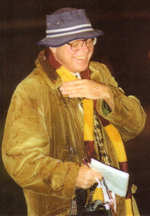 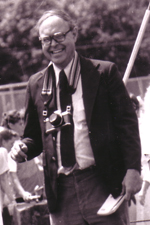 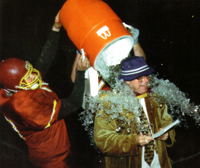 From 1972 through 1978, Tom chronicled high school and community sports and wrote feature stories about local athletes for the Suburban Times. His sports sections were extensive, bringing a lot of recognition to local athletes.

Tom recalls covering many outstanding baseball teams and having the opportunity to work with coaches Merle Hagbo of Clover Park, Ed Hardenbrook of Lakes, and Gordon Hansen of Washington for all seven seasons while he was at the Times.

Tom remembers articles he wrote about the 1972 Lakewood Rotary Connie Mack team, made up mainly of Clover Park players, who won state and regionals before losing to a team from Long Beach, Calif. for the right to go to the national tournament. The next spring, the Clover Park High School baseball team advanced to the state championship game, the first year of Washington's state playoff system.

During the summer of 1973, Tom covered the Lakewood Rotary team as it advanced to another showdown with a California team, this time at home, but they again fell short of a national berth. His articles also featured the Lakes team that won a state title at Sick's Stadium.

Tom essentially had a summer evening home at Sprinker Recreation Center covering softball teams. He was started by the popularity of softball at the time and remembers when they even picked a slowpitch queen one year. He was at the competition to take pictures but ended up as a judge.

Fastpitch softball began to grow also and Tom wrote about the Polar Bears under coach Dick Pollen, who travelled by Greyhound bus (not even a charter) to the national tournament in Binghamton, NY in 1976.

After leaving the Suburban Times, Tom moved home to Eugene. In 1983, he returned to covering high school athletics for community newspapers near Eugene. He was honored by the Oregon High School Coaches Association and Oregon Athletic Directors Association.