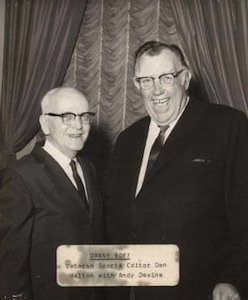 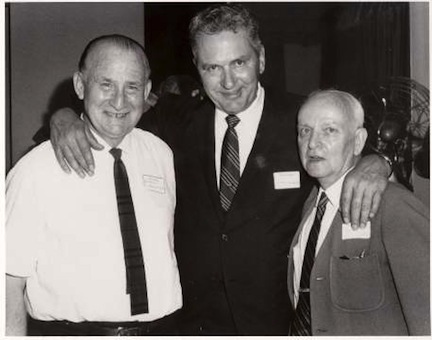 Dan Walton spent 43 years with The Tribune Publishing Company, retiring as sports editor of The News Tribune in December 1964. Walton first started writing for the Ledger Dec. 5, 1921, before moving over to The News Tribune when the Ledger discontinued in 1937.
Walton was born and raised in Missouri before coming to the Northwest at the age of 20. Walton’s uncle lived in Aberdeen and offered him work in a sawmill in Grays Harbor before he started covering sports, marine and police beats in Aberdeen.
Walton remained in Tacoma after his retirement, living at 720 S 138th St. for many years prior to his death in September 1976.