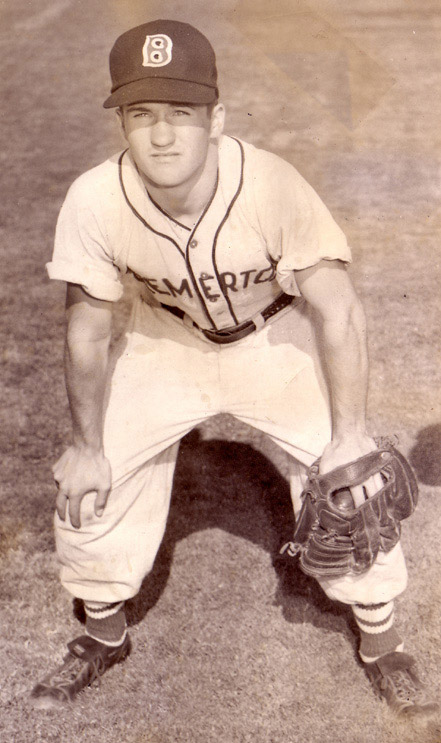 Gary Lindgren started his sports writing career as a correspondent working for the Bremerton Sun, a paper that he served from 1956-59. He moved across the bridge to Tacoma, where he as a sports writer for the Tacoma News Tribune from 1960-63 he covered high school sports during the school year and golf during the summer. He wrote a Sunday golf column titled "Putter Patter," and covered the 1962 Women's National Amateur Tournament at Tacoma Country & Golf Club.

Lindgren left journalism behind when he became an athletics coordinator for the Metropolitan Park District of Tacoma, a position he held from 1964 until his retirement in 1993. Youth and adults alike benefited from the many leagues and tournaments that he administered throughout the years. He served as tournament director for countless fastpitch and slowpitch invitational and regional tournaments and administered the Puget Sound Men�s Fastpitch League, which included teams from Tacoma, Shelton, Olympia and Bremerton. In addition, Lindgren introduced the modified fastpitch adult program and adult team golf league play to the metropolitan Tacoma area.

Lindgren's reach exceeded the recreational sports scene. He was director of the West-Central District high school baseball all-star games at Heidelberg Park and Cheney Stadium, and also organized the Pierce County Soccer Referees Association, serving as assigning secretary and referee for 10 years. In 1969, Lindgren started the Puget Sound Amateur golf tournament played at Meadow Park and Lake Spanaway golf courses, and he was the tournament's director until 1980.