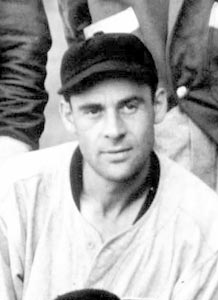 He was one of the pioneer umpires in Tacoma and Pierce County, always at the top of his game and one of the most respected of all men in blue. His baseball background provided him with insight and judgement, and he was one of Tacoma's premier players in City and Valley League competition. One of the stars of a Johnson Paint team which became Tacoma's first entry in a national tournament, he played a key role in that team's 5th place finish at Wichita, Kansas. Lewis proved to be talented enough to play professionally with the Tacoma Tigers the following year. Records don't divulge how many years Lewis umpired but players who remember him locally can trace back to 1946 and remember him in the 60s as well. He always seemed to be assigned important games, the true measure of any umpire's performance.