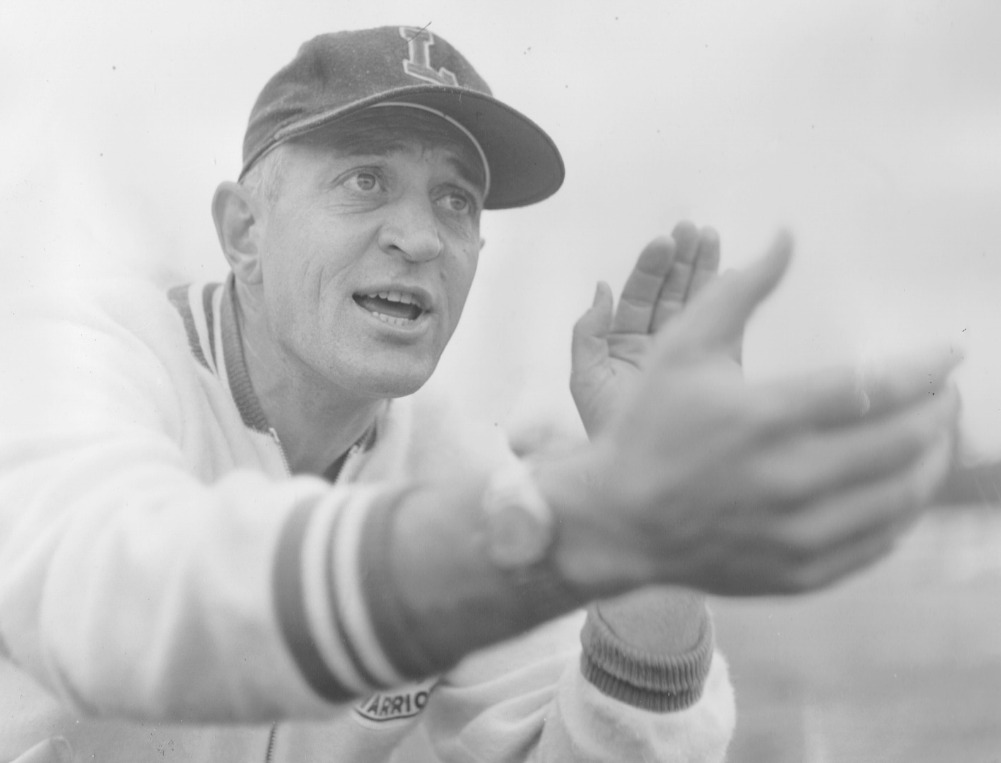 Holly was born on February 21, 1923 in Russel, Minnesota. A 1942 Lincoln High School graduate, he attended CPS and graduated from the University of Washington in 1949. Holly played outfield for Lincoln High School for two years and three seasons at the College of Puget Sound.

He umpired senior high, college and all levels of recreational baseball and softball for 10 years. As head baseball coach at Clover Park High School for six seasons he won three South Puget Sound League championships and one Puget Sound League crown. During this period he developed a number of outstanding players including Cap Peterson who played for the San Francisco Giants, Washington Senators and Cleveland Indians; Bill Murphy who played for the New York Yankees and New York Mets; Duane Rossman who played for the Tacoma Tigers; and many other players who went on to outstanding college careers.

Holly also coached, the American Legion and Stan Musial Baseball for five years. Holly served two years as president of the Western Washington Baseball League (Casey Stengel Baseball) and developed, coached, and managed the Lakewood Royals team for 10 years. This team won league championships for many years and always placed high in the state tournaments. Doug Sisk, who pitched for the New York Mets, was a product of this team. Holly was also one of the organizers and first director of Lakewood Recreation that developed a baseball program for Lakewood, which involved over 1000 boys each year